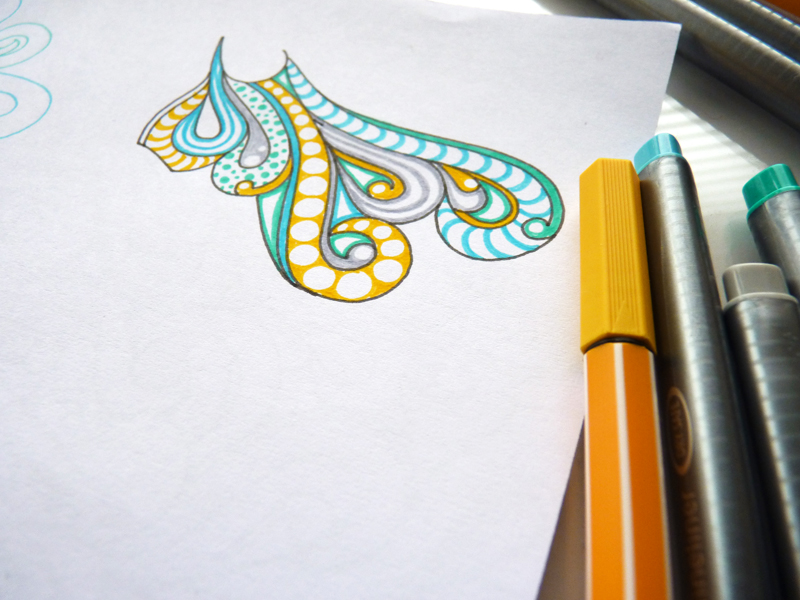 I will be the first to admit that when it comes to producing artwork without a deadline, I'm not the fastest at completing the job. With a general combination of client work, life and a little bit of procrastination too, it feels as though I have been working on this collaborative project with photographer, Scott A. Woodward, for half of my life. Having said that though, I'm very happy to say that it is so close to completion, I can almost taste it now. However, another significant reason why this has taken so long to finish is because I have included more digital elements into this work than I have ever done before. As an illustrator who primarily uses pens and paper, this has been an important development for me as well as a steep learning curve. So I wanted to share just a little bit of how I got on with the digital process. 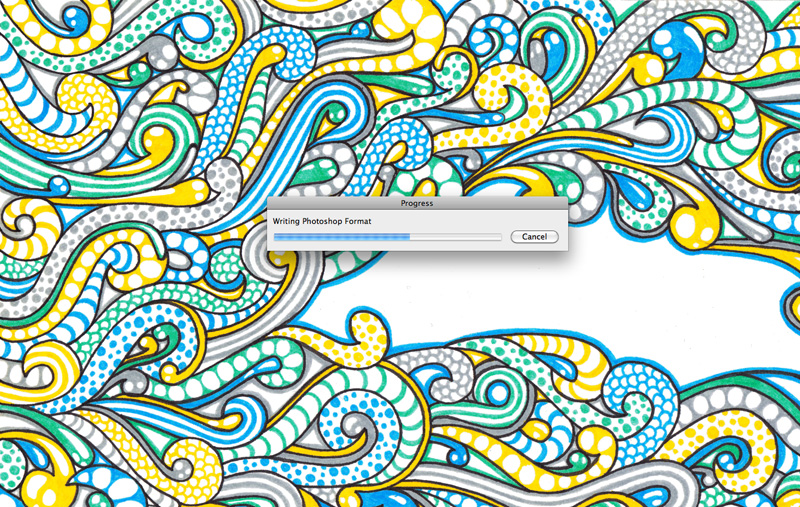 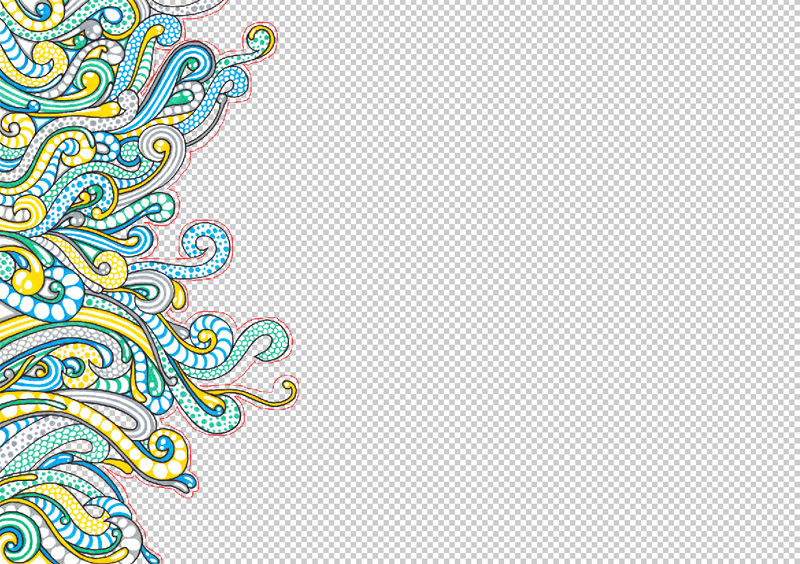 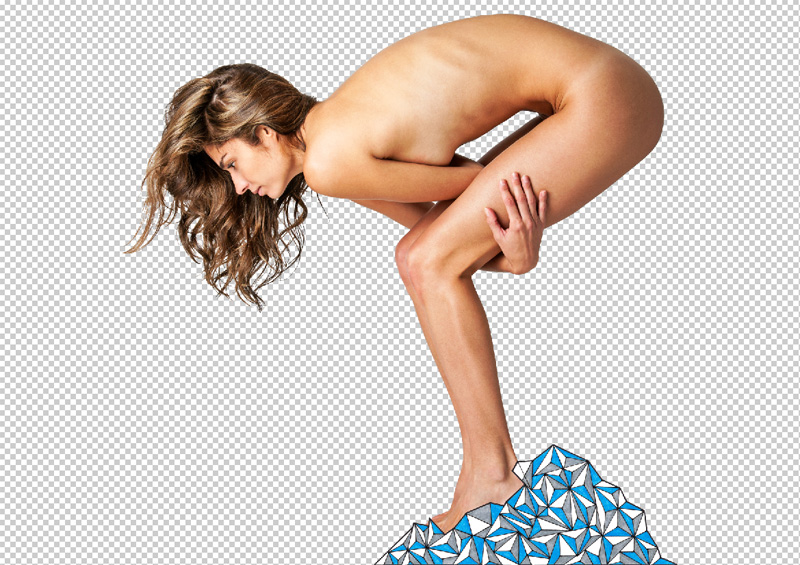 For those who don't know the history of this collaboration, I was contacted by Scott in 2012, regarding whether I was interested in producing artwork for his photography, as he had seen and liked my mixed-media illustrations. The set of images he wanted us to use inspired me to create a series themed around the classical elements, which Scott later titled 'MYTHOS'. After a few starts, stops and do-overs, I completed the accompanying artwork by hand in 2013, which you can view here. After scanning in the art, it struck me that it would be rather interesting if the final pieces had hints of tiered layers within the background as opposed to them being flat, 2D environments. I quickly shot this suggestion over to Scott and asked for his preference, half hoping that he'd tell me not to bother. He didn't. In fact, he loved the concept. A sweeping "oh crap" feeling passed through me at that point as I felt pretty certain that I would be unable to fully deliver on this idea. 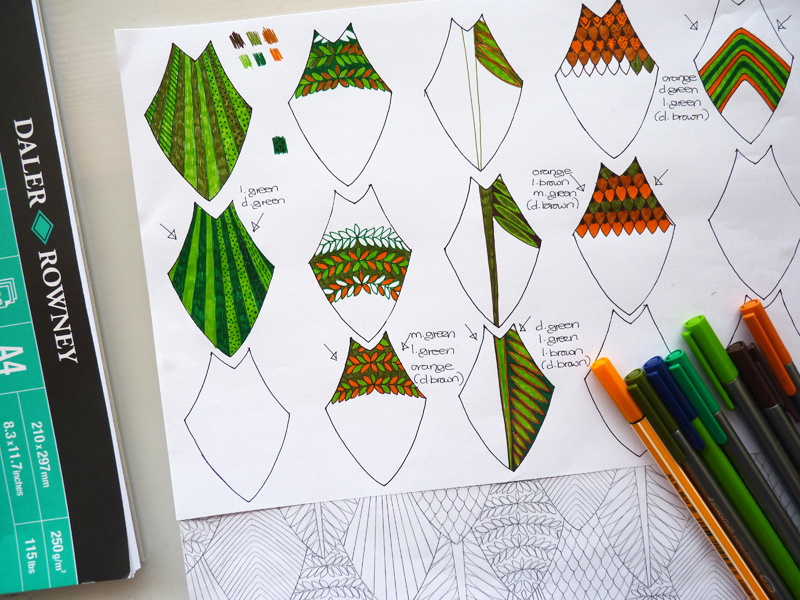 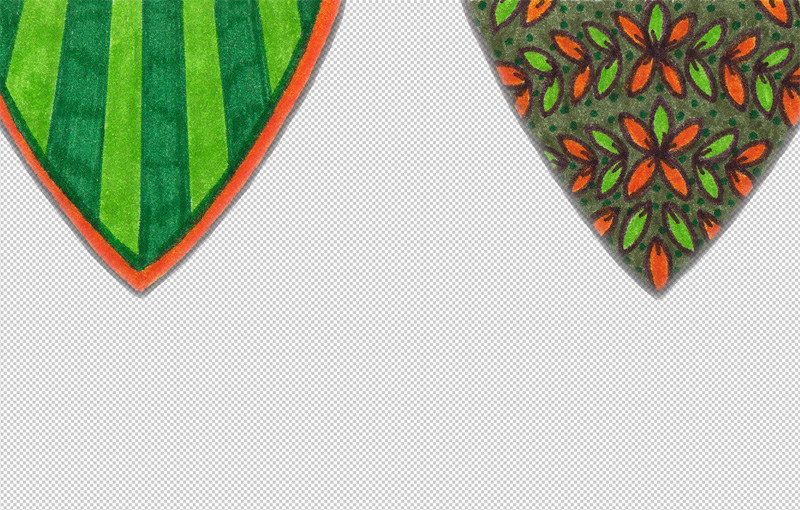 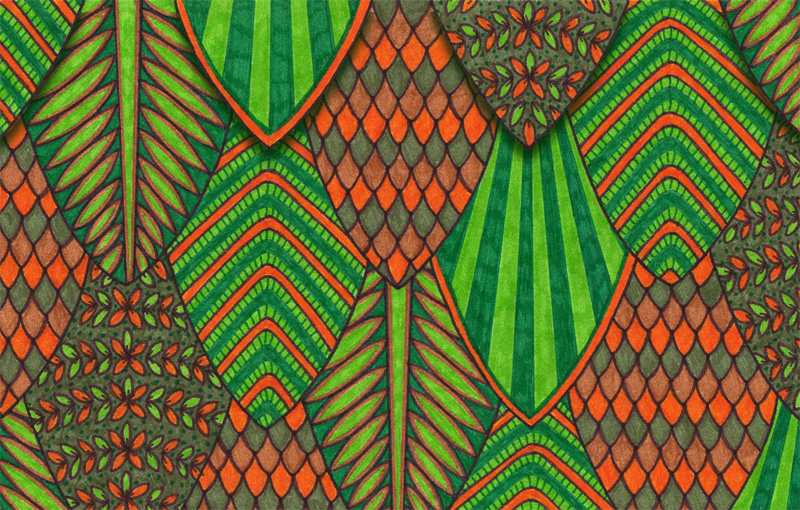 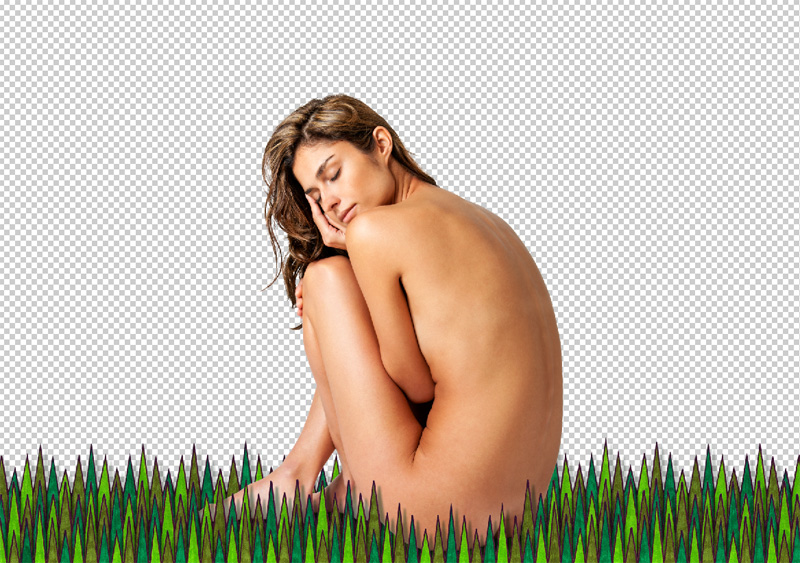 My skills in digital art are extremely basic and minimal because I don't really need much for the work that I create. The moment I realised this idea was going ahead, I could of kicked myself for not thinking of it sooner. If we were going to have several digital layers, I should have drawn on several sheets of paper. I didn't. This meant I needed to cut out multiple layers from the artwork digitally. As 'Earth' was the easiest of the four pieces to cut and layer, I started with that one to test whether I had the technique (and patience) to follow through. I then continued onto the other more tricky illustrations but because of how I had drawn the elements, this meticulous job took me a fair bit of time. 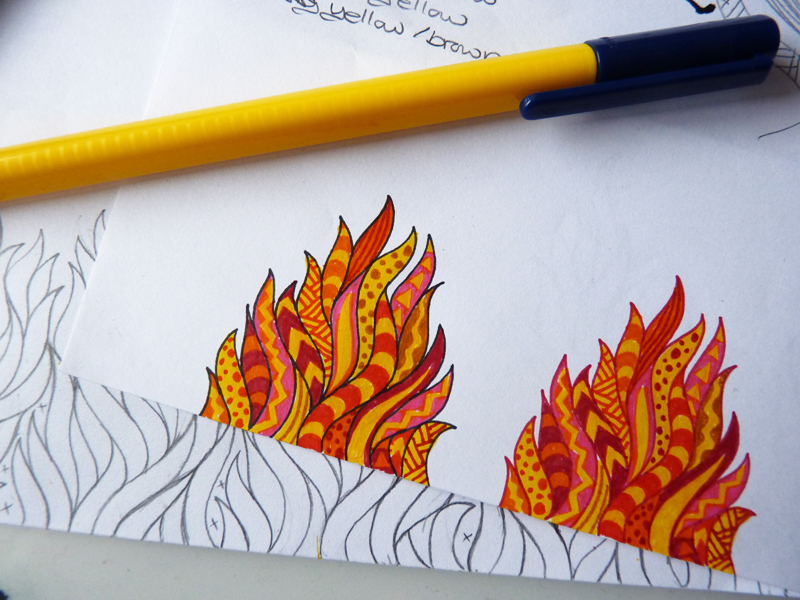 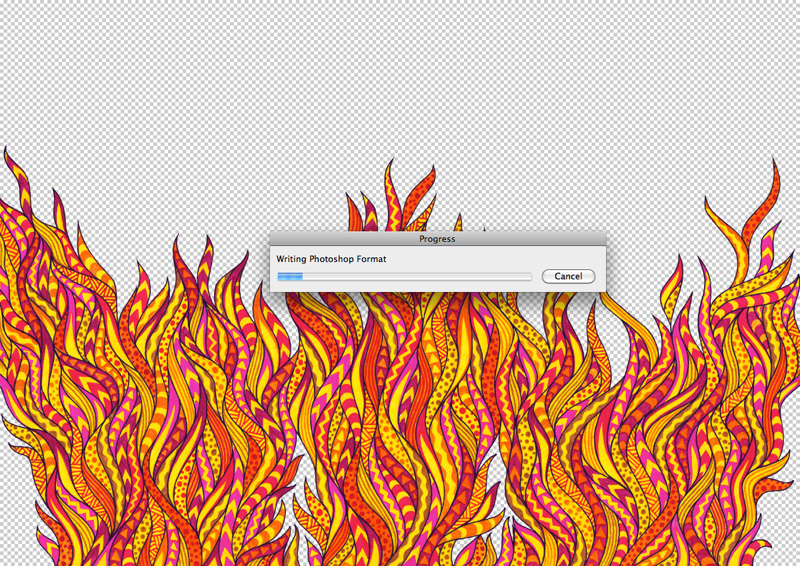 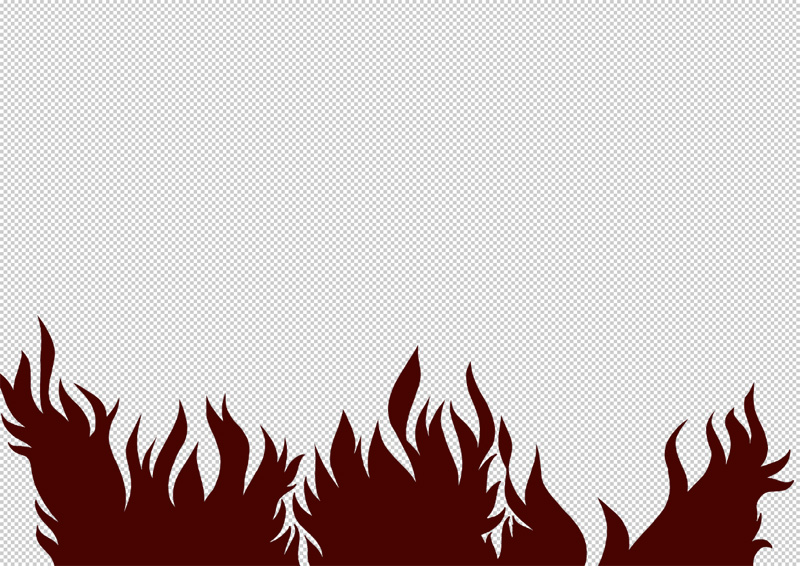 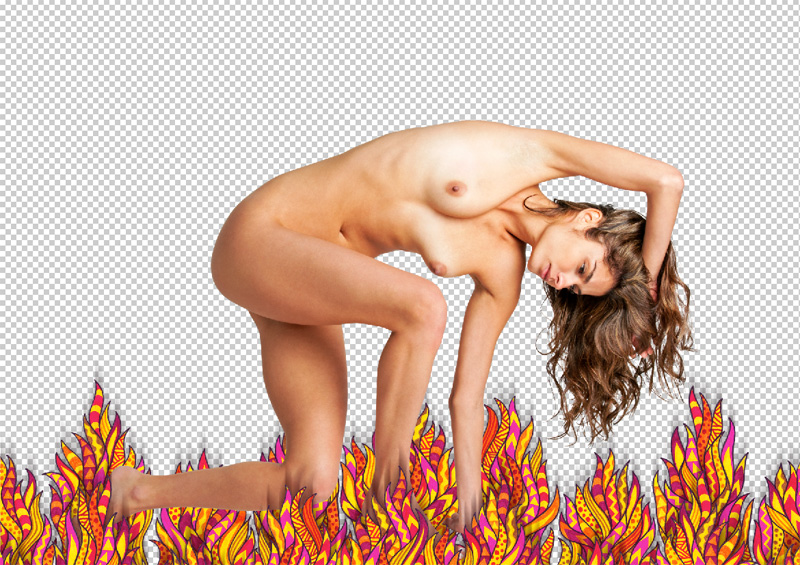 For every illustration, I always do a routine cleanup and colour correction once I scan them in and this can already be quite time-consuming enough depending on its complexity. However, this project also involved a heavy amount of trial and error too. Layering the background for 'Earth' was fairly easy as the pattern in that piece is the most uniformed but 'Fire', 'Water' and especially 'Air' are more fluid and have very little structure. For this reason, I used the Brush Tool to either draw thick red lines or place large black dots as general guides. Next, I would follow these guides by cutting out layers very roughly before redoing them more precisely. Sometimes I would redrew these guides meaning that I ended up cutting out multiple layers over and over again. Once I was satisfied with the tiers, I would then focus on shadowing them; another stage I also ended up doing repeatedly. This did get quite arduous and I'm pretty sure that easier methods exists compared to how I did it but thankfully, I got there in the end. 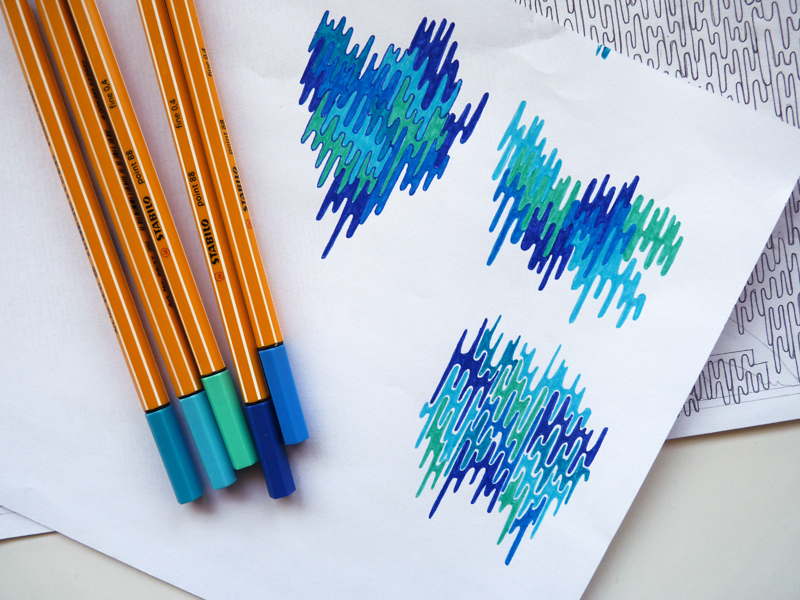 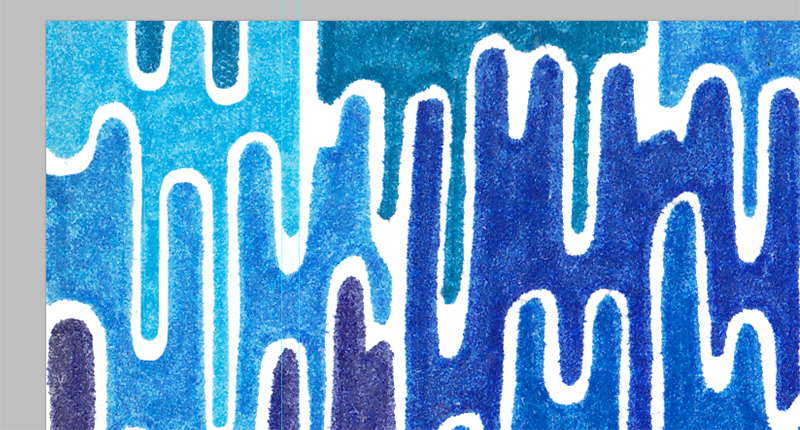 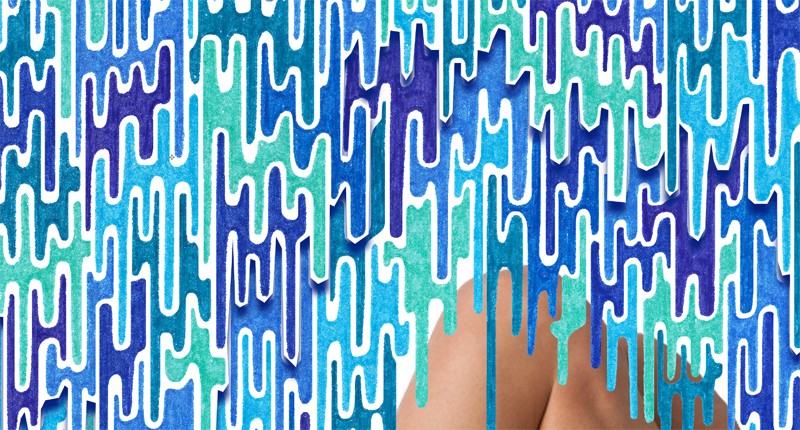 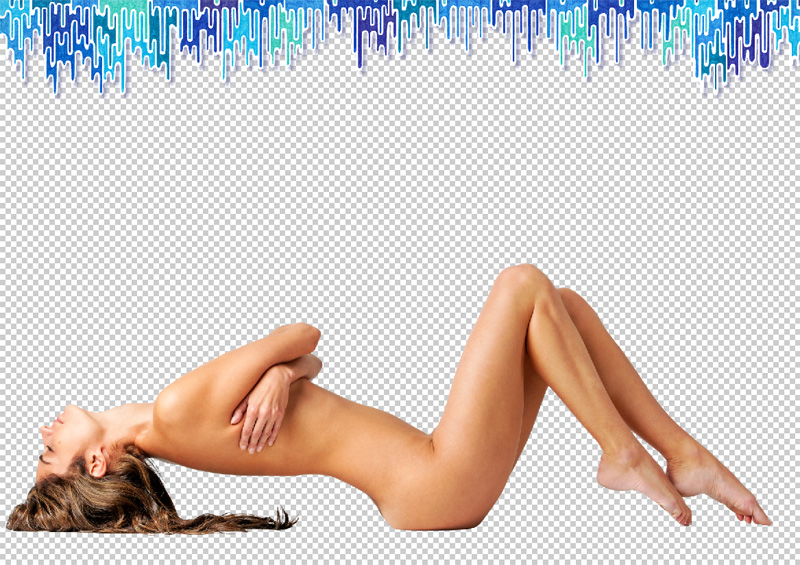 So at this moment, there's only a little bit more to do before this project is finally complete and ready to be shared. It has been a long journey but it has also been a lot of fun and I've learned many lessons. Taking my artwork in a new direction has encouraged me to continue experimenting as an artist and that is probably the best lesson of them all. Scott and I are very much looking forward to showcasing our collaboration, so please stay tuned as all shall be revealed soon.

I love your work! And it’s so interesting to read about your learning process and the development you’ve been making with this technique. Brilliant!
Hannah
Hanniemc.co.uk

such beauty! i applaud you. can you tell me the brand name of pens that you use in your work?

Thanks! I use Staedtler and Stabilo pens.